Greetings globetrotters from a busy as usual GTG desk. In searching for inspiration for upcoming GTG entries, I usually reflect on what’s been happening in GTG land at the time and since this time of year is fairly folk-music oriented, you’re all invited to the pub for a cranking Irish session. This time we’ll cover what a session is and a few handy dos and don’ts for those wanting to check one out for themselves.

What is a session?

A session is a social gathering mostly for the purpose of playing or singing traditional music. It also serves the purpose of passing down stories through the words of the songs. Sessions are where traditional musicians in Ireland and Scotland (and the rest of the Celtic world) gather to practice their musical skills, to measure themselves up against the local virtuosos and to learn new tunes and songs. Sessions have also helped to carry Celtic culture around the world as particularly many Irish emigrated bringing their music for example to Australia, New Zealand, the US and Canada, where in some parts home sessions may be known as kitchen parties.

Who goes to sessions?

The most essential people at a session are the musicians. Also found at a session are regular pub goers, the musicians’ partners and even their children (who can fall asleep under a chair in the corner once the hour gets too late or wherever they are less likely to be trodden on). Most significantly, sessions are not a spectator sport. While a crowd maybe welcome, non-musicians are preferred to keep a low profile and let the music happen organically.

Where are they held?

Sessions can happen anywhere but they are most common in pubs, beside fires, in homes, or in nice weather on patios or verandahs. Sessions may be a less-formal branch off of ticketed festivals or live gigs. Sessions also happen in the hotel rooms or caravans of travelling musicians.

How do you find out about them?

Sessions are generally a word of mouth thing. These days if you rock up somewhere In Ireland, a tourism bureau may be able to point you towards a couple of regular sessions that may happen  once a week or once a month, but the best ones are always the most hidden.

What kind of instruments do people play?

At sessions you will see a variety of instruments. Originally particular parts of Ireland were associated with particular instruments like button accordion players in Kerry or fiddle players in Donegal. A full session will have fiddles (what violins are called in folk music), a bodhran (traditional drum), mandolins, banjos, Irish bouzoukis, tin whistles, flutes, button accordions or even a set of spoons and for the lucky ones, a set of uilleann pipes (Irish pipes like the Scottish bagpipes that are played sitting down).

When do they happen?

Sessions seem to follow the summer seasons so more prominent and professional musicians these days seem to switch hemispheres based on the summer and organise gigs accordingly. In regards to what time of day sessions happen, well there’s no real inappropriate time for a session but the later the hour, the greater the likelihood of a good session is a general rule.

Here is the section where we address the dos and don’ts. The first caution is to be wary as a bodhran player, of pretty much everything…. Bodhran players have a bit of a rep for cruising into a session, duplicating other bodhran players and making a lot of noise before the melody players have gotten into their groove. Basically, there are many more owners of bodhran drums in the world than those who know how to play them well… The best advice here would be to see if there is another bodhran player who seems experienced, plonk yourself next to them and ask for a few handy hints (after introducing yourself of course). Second best option is to look for opportunities when other bodhrans aren’t being played and give yours a bash. Final piece of advice on bodhrans as a bodhran player, is not to labour through slow paced tunes. If it feels a bit like hard work to add in your percussion then there’s a reason. I’ve always found these gaps provide perfect opportunity to head to the bar…

Second piece of advice, sessions are about sharing and playing in sync. Too many requests or one particular player performing their top 50 hits one after another can be a bit of a drag for a bunch of musicians or music aficionados that would like to hear more of a variety. The surest sign you’ve crossed a line here is if the number of players drop fairly quickly.

Do make loud noises of appreciation. Belting out a good h’up or wooh can not only encourage the musicians to new heights of awesomeness but also feels great! Even better when its timing coincides with a key change or move into a new pumping tune.

Do be careful of the instruments, often they are handmade, expensive and potentially difficult to replace and as the night goes on, they may be left in less than convenient places.

Do, go with the flow and have a great time, this is what sessions are about after all!

As always, your GTG is keen to hear from you, if you have some ideas you would like to contribute, if you would like to challenge anything you see written on the site or simply say hello, you can do so using the contact form at the bottom of the page. Wishing you many happy tunes until next time! 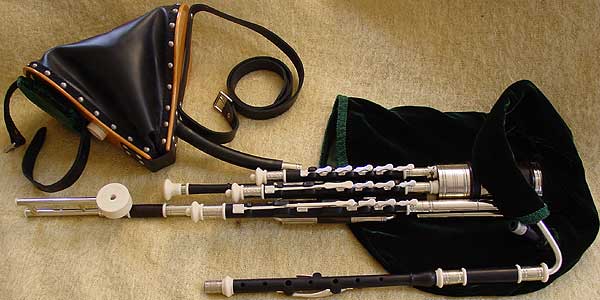