Show me the money- Cash flow in the travel industry.

Welcome back globetrotters!!! Before anything I would like us all to take a moment to think of the people in Nepal and before that Vanuatu (and any I have missed) who have been so devastated by recent natural disasters. Thank you for the interest and opportunity to travel you and your wonderful people have provided so many of us. Sorry again to the keen beans who have (hopefully) been missing their weekly GTG fixes. As you may have guessed the time thing is an issue at GTG headquarters.This week your GTG will cover one of the most important topics facing tourism as a global phenomenon.

Many of you will have planned to travel with the honourable intention of learning about culture(s) and in some cases even giving back where you can. This week your GTG asks the hard question that has some of us squirming as we board that plane, where does the money go?

To start off with it makes sense to give a quick overview of how the economy of tourism is structured. When it comes to tourism and travel, the big bucks all sit in a very small pool belonging to a very small number of multinational companies that are based out of western, often English-speaking countries.

Backing it up a little, when the grand ol’ colonies like England, France, Spain, Portugal and some would say the US set about roaming the world to expand their empires it turns out they did a pretty good job of setting up a system where all the treasures of the new lands head back to the mother lands of their colonial conquerors. Through no coincidence at all these mother lands happen to be home base for the biggest airlines, tour companies, travel agencies, and the list goes on. This goes so far we even end up with company slogans like “the only thing that matters is the consmer”. Dodgy morals to say the least…

To prove my point, I’ll use an example from a cruise in the Caribbean last year (no judgement please). On the cruise, one of our day stops was at a port in Haiti called Labadee. Except, in this case we were visiting a part of Haiti that had been wholly bought by the Royal Caribbean International cruise company… If you looked real hard you were able to see the fence separating the relative ‘paradise’ of Labadee from the rest of the Islands where Hatians have bugger all and fend mostly for themselves in a situation of post-colonial poverty and recovery from natural disasters. The point here is that once the company has bought the section of of Haiti then any profits from tourism there will go back to Royal Caribbean International which is based in Sunny Florida USA home of Jeb Bush and surprise surprise, a bunch of rich white folk.

What does this mean? 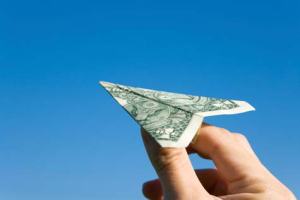 For us folk that like to travel, from the moment we start researching our trip someone is trying to make money off us whether it’s the North Face with their oh so cool jackets, Singapore Airlines with their hard-to-resist airfares or even Lonely Planet with their awesome and well-researched guide books. Knowing this fact as with all travel knowledge gives us the power to make a conscious decision about what our money is going to support.This is also true as we go around from place to place choosing where to stay, which scooters to hire and so on.

While our choices may be limited thanks to the structure of tourism mentioned before, asking ourselves a few questions like the ones following may give us some peace of mind as we plan out trip and more importantly, achieve at least part of the giving back we were hoping for.

In defence of Lonely Planet they do often provide sections on ethical travel giving you some useful pointers on what to look out for. A google search will often lead you straight to where a company is based, who is run by and how many local staff are employed. With all this in mind your GTG has a few ideas about how to make the difference you were hoping to.

Well there you have a few starting points, if you would like to know more about this particular area I would be happy to send you a mountain of more information, if so let me know by commenting on this entry. Thank you all for your support of the GTG as we begin to enter our third year, if your GTG has one piece of advice from this week it’s show some class, subtlety, dignity and respect. Until next week.

← Finding the time- Your GTG’s guide to taking on time-management
What is real? Your GTG on authenticity and travel →