Welcome to the kind of city that everyone talks about, some of us have been to, and none of us can quite put our finger on where the attraction comes from. Tokyo is everything you can imagine a city to be; romantic, crowded, picturesque, built up, bright, shady in places, simultaneously Western and Eastern, modern and ancient, amongst many other attributes, a chameleon of cities you might say. This week the GTG will attempt a district by district guide to many of the not to miss places and drop a few handy hints along the way.

Originally known as Edo, Tokyo was the city of the first military leadership in Japan or the Shogun. The Tokugawa family (first shoguns) brought their main business here after overthrowing the imperial family in West Japan (where the capital had been for many years), naming the city Edo. The status of the Imperial family was eventually restored and the city was renamed Tokyo, meaning Eastern capital.

Many different train lines service Tokyo and it’s many districts, the one you are most likely to use is the Japan Rail (JR) Yamanote line. This line acts as a city circle and most other lines in Tokyo connect to it at some point. Listen in particular for the changing musical interludes at each station that signal a train is stopped, (which are coincidentally available to buy on CD). Train maps are readily available at bigger stations and tourism information centres. The best value travel options may depend on what has been included, e.g if you have bought a package that includes a JR rail pass etc. Many different kind of transport passes exist so before purchasing, check that the one you plan to buy will get you where you need to go. The’ suica’ card, (The green card with the penguin on it who rocks out on the guitar, no joke) is a great option that should work for all travel around the city, can be topped up anywhere and will deduct the most reasonable fare for you without your calculation. This option is particularly suitable for people spending longer periods here or planning to return frequently.

Accommodation here is not cheap, available hostels seem to book up quickly, are often on the outskirts and are few in number. The city itself doesn’t have to be expensive, if you see where the locals eat (set meals and specials are often excellent value). Convenience stores also offer a wide range of ready to go healthy food and are frequently used by Japanese people themselves. For a reasonable alternative, there are a large variety of hotels available and last minute options such as manga/internet cafes (basically falling asleep in a comfy chair) and love hotels which are kinder to the pocket. Many places are but an hour from Tokyo at most and may also have favourable accommodation alternatives. So without further ado, let’s look at our city bit by bit.

This is where the bad and the ugly (and sometimes good) go to shake it till sunrise (and in many cases long past). Take the Asakusa subway line to Roppongi station and make your way up to the street crossing. With such a high concentration of clubs, subterranean, ground level and above ground, there is ample choice ranging from hip hop, salsa, motown to dance. You’ll find all your essentials, Irish pubs, TGI Friday’s, and many convenience stores. Some smaller clubs have free entry, others may cost up to 2000 Yen but honestly, It’s not necessarily better the more you pay. The free clubs on the other hand may ‘gently’ encourage patronage by kindly taking your order from the dance floor and returning with your change and drink. Guys in particular be watching for this one. The chain club gas panic, which has a few branches around the city are renowned for their torch-bearing, roaming bar staff and sign stating that clubbers must be holding a drink at all times. Also expect to see many club-owners (mostly Nigerian) co-ercing the public into their clubs from the main streets with the incentive of cheap entry and drinks. Your own judgement will be enough to know when or whether you want to try out any of these ones. On the plus side, closing times are loosely observed, most likely due to the trains stopping between around midnight till 5-6am (some more regional lines may start a little later) so expect a long night in boogie town. 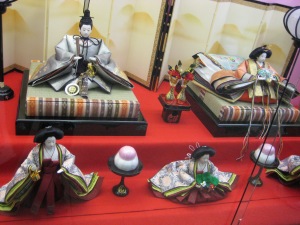 For a taste of old Tokyo, authentic souvenir shopping, food and sensou-ji temple Asakusa is the one stop shop. Asakusa is a prime example of how quickly the scenery can change in Tokyo. Love child of Gwen Stefani and Japanese fashionistas, Hara juku has much more to offer than some cool shops. Half-way down Takeshita dori (the main busy shopping street) there is a fabulous place to buy cheap tickets for many events around town. You may or may not be lucky but find this spot by noticing the store with the walls completely covered in J-pop posters. On your way down try a crepe at one of the many popular stands. For a different Harajuku experience venture the other direction from the shops to Yoyogi koen (yoyogi park) which is home to a number of fantastic weekend-long festivals such as an annual one love Jamaican festival, Brazilian festival, Korean, Thai and Okinawan festivals amongst others (see metropolis magazine for listings, link on the GTG home page). With enough time to spare, visit the gigantic Meiji Jingu, a large shrine situated amongst a forested area one would never suspect in such a built up city.

Believed by many to be the heart of modern Tokyo, Shinjuku is quite simply where it’s at. Here you will find the Yakuza (Japanese mafia) run adult playground of Kabuki chou, some of the best city lights in town, masses of shops, beer halls, cool hang outs and of course Tokyo’s gay district, Shinjuku Ni-chome (pronounced knee cho may for anyone trying to find it). Ni-chome simply means second small sub-sector of the Shinjuku district but the nightlife will become apparent. Based around one main street, here you’ll find bars, bath houses, small clubs and even a gay convenience store. Special note to any women visitors, there are some venues here that require gals to be accompanied by a guy at least on the way in, (talk about a role reversal). Yours truly was even reprimanded for failing to notice a sign saying men only (far above my head) and accidentally ending up in a male-loving-male-oriented adult section of a shop. Some of the best foreign bookshops in Japan such as the original branch of kinokuniya are also here near the East exit of Shinjuku station. In other words, you’ll be hard pressed to think of anything that can’t be found right here in Shinjuku.

Ueno Koen (Ueno park) is home to Tokyo zoo and many of the museums/galleries that may interest both Japanese nationals and visitors. The lake in Ueno park is also a romantic spot where row boats can be hired, a nice break from information overload. Ueno is also a unique example of old Tokyo from the Edo period where the every day people would live and mingle.

This is where old Tokyo is on show. With the Sumo stadium (Ryogoku Kokugikan) and the Edo Tokyo museum, days can be spent here taking in the culture of an infant Tokyo of the Tokugawa (Edo) era. These two attractions are situated next to each other and depending on what time Sumo is happening, are possible to see in one day. If You happen not to be there during a sumo tournament, the museum at the stadium will still be open for you to get an idea.

This is the electronics playground of the world, with something for kids of all ages (pardon the cliche but it was just too applicable not to go with). The best time to visit is on a Sunday afternoon when the main couple of streets are given to pedestrian shoppers and the atmosphere is at it’s peak. For those serious shoppers (non Japanese, sorry to my Japanese friends…) look for the export or international models of your chosen device which will be based around English, and will be easier for you to manage as most of the electronics found here will be based around Japanese.

Shibuya is worth visiting for a few reason, firstly for the busiest pedestrian crossing in the world (set in a triangular formation). If Shinjuku is the heart of Tokyo then Shibuya (its close neighbour) is some other significant anatomical metaphor almost as important. Shibuya is for shopping, merry making, and where Japanese people outnumber foreigners in the party scene. Visit clubs such as Womb, Pure and Asia for that kind of experience. The other main reason to visit Shibuya is for the statue of Hachiko, basically a cute Japanese dog that kept coming back to the station waiting for his owner long after the owner had died, which has become a symbol of loyalty in modern Tokyo culture (and then Richard Gere made an uber cheesy movie about it).

Ginza is where you can find up-market shopping, formula one drivers and Kabuki. Other more traditional Japanese performance arts may also be found here. Ginza is also home to some large shops selling all kinds of Japanese stationary, which of course means stuff that makes westerners go, wow.

Many other areas deserve a mention but such is the size of Tokyo that they all become known for similar reasons as the areas I have touched on this week. The areas mentioned here are all of a highly central nature and will have a different feel to the areas on Tokyo’s fringe. As it also happens, the further out you go from Tokyo, the more there is to cover in the surrounding prefectures, so I have attempted manageable recommendations that can be seen in the space of a few days. Please comment with any specific questions, as previously recommended, learn a few words of Japanese and Itte rasshai!

← Did you ever get up in the morning (with those lonely post-travel blues) ?
Would you could you on a…..? Novel ways of seeing a city →